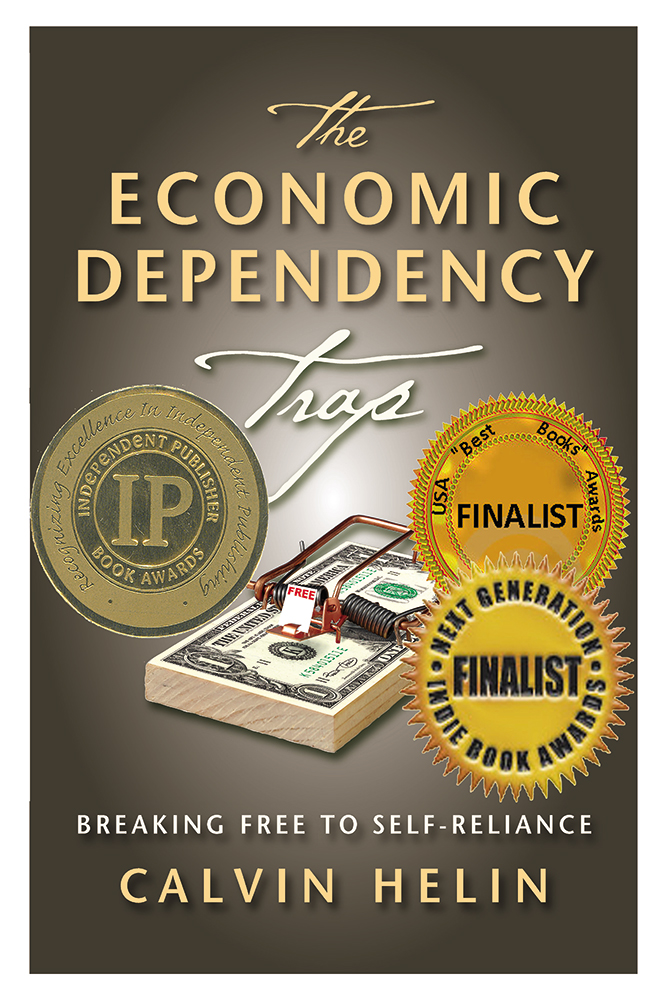 “For parents, social workers, those working in the international development aid, and even for social Christians, this book is a must. It is an inspiration for all to join the author’s battle against economic dependency. The struggle against poverty is a noble cause, but empowerment of the poor is the key, not making them dependent. The author’s invention of the word undependence is a powerful contribution to the debate about the globalization of poverty.”

Could the aid that America offers instill dependency in millions? Using his own success of coming from nothing to become something, Helin comes with a very free-market driven argument. The Economic Dependency Trap is worth considering for those who want more insight on what may be keeping America down.

Just what is economic dependency? It is the inability to become financially self-reliant, because government programs aren’t just a temporary help – they’re a permanent crutch. Today, economic dependency has become a way of life for millions of Americans.

Approximately 20 percent of the population relies on the government for daily housing, food, and health care, and one in six Americans is now being served by at least one government anti-poverty program [USA Today]. Most troubling of all, one out of every five children in the U.S. is now living in poverty [US Census].

But Calvin Helin, attorney, entrepreneur and recognized authority on poverty, not only wants to expose this reality – he wants to reverse it.